Cases in After Weight Loss 33 year old female shown before and four months after a mommy makeover. The patient underwent a bilateral breast lift and reduction and an abdominoplasty with liposuction of the flanks. She had an 80 pound weight loss and is now 5’7” tall and weighs 165 pounds. All procedures done by Frank J. Ferraro MD at pssnj.com... read more 56 year old female shown before and one year after a bilateral brachioplasty (arm lift). She is 5’0” tall and weighs 135 pounds. The incision was placed on the inner arm from the axilla to the elbow. All procedures done by Dr. Frank J. Ferraro, MD at pssnj.com ... read more 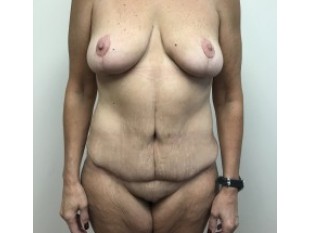 55 year old female shown before and 5 months after a bilateral breast lift using the anchor incision and an abdominoplasty. The patient had a gastric sleeve and lost over 70 pounds. She is now 5’3” tall and weighs 135 pounds. The breast lift and abdominoplasty were done at the same time and the used ... read more The patient had a 80 pound weight loss by having a gastric bypass completed. She received an extended abdominoplasty by making the incision around her waist. *Results may vary. 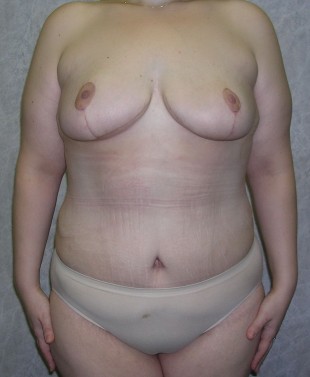 The patient underwent a gastric bypass in 2004 and went from 348 lbs to 200 lbs. She had a DD cup size. The surgery performed was a breast reduction and an extended abdominoplasty which went circumferentially around her waist. *Results may vary.